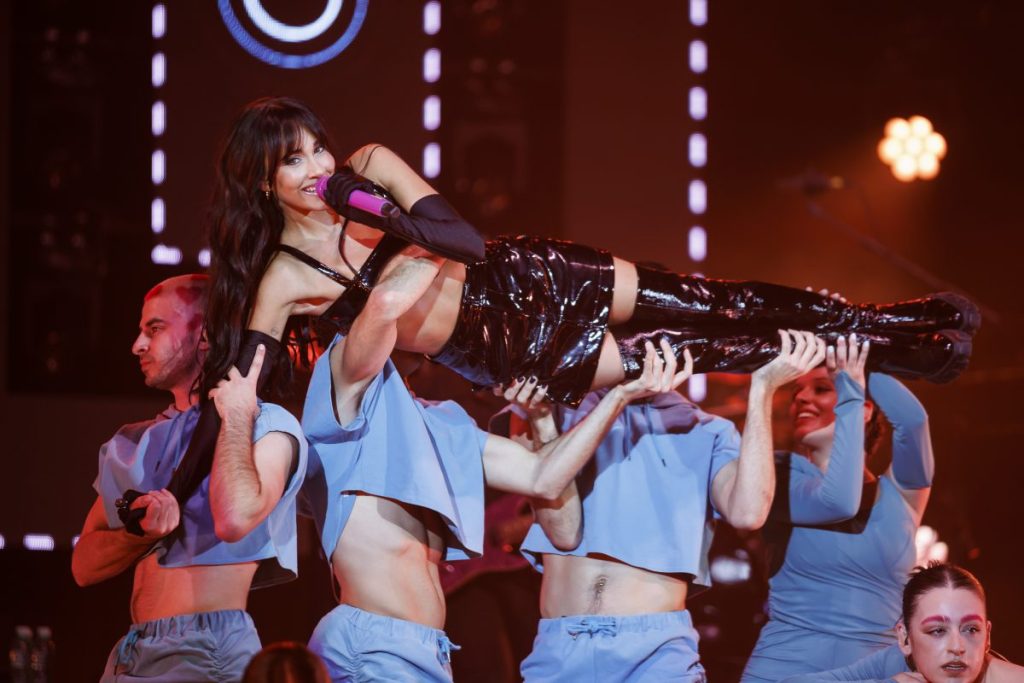 Aitana concert at the Wizink Center in Madrid. EFE/Rodrigo Jimenez

Madrid (EFE).- In a musical market as heteropatriarchal as the Spanish traditionally has been, Madrid tonight with its Aitana mania has shown that there is a vast space to welcome national figures in the line of Anglo-Saxon divas who are increasingly strong about a proud feminine and pop energy.

Call it the cries of fervor that tore the young Catalan tonight from the thousands of women, adolescents and girls (and the occasional man) who gathered at the Wizink Center, more than 15,000 according to the organization, during her third raid on this location in less than a year (the second in a week) and, as on previous occasions, with the “no more tickets” sign.

This is the last concert! I’m very sorry, because it’s been a great few months. What an illusion to finish it here in Madrid, which I also feel very much like my home!” said the artist for the reception she received in this end of the “tour” in Spain before going to Latin America to continue on its upward path.

Aitana Ocaña (Barcelona, ​​​​​​1999) left «OT 2017» in second place, reiterating once again that unwritten law that it is the best position to succeed in this industry. At 23 years old and with two albums on the market, she is one of the most important women in the national music industry today after turning almost everything she touches to gold (or platinum).

Aitana is purely present and this tour of “11 Reasons More” is proof of this as a supposed appendix to the “tour” that ended last December and which, again with almost all seats sold on major stages in the country, is in existence in a repertoire that is only growing.

Of the twenty or so cuts that have made up for it, at least a third have seen the light of day in the past year (the most recent, “Again”, this Thursday). Many of them will be previews of his third studio album and a few more have sprung up because of his good ear and his confidence in working with other colleagues as an engine for mutual growth.

That’s one of the reasons that could explain the enthusiasm in Madrid for the young Catalan diva, along with that candor and charisma that are a trademark of the house, but there’s more, like the gesture of respect for her audience means that her concert started exactly at the appointed time, 9.30 pm.

It has done this with a gaudy introduction, between a crackle of spotlights and some jaw-dropping projections that have blanketed Aitana with that aura of a major star, something a stage production greater than whatever the national artist style has contributed, with a light screen. where they have absorbed all their achievements in cuts like «Resilient».

Very talkative between song and song (probably too much for a better rhythm of the concert), she has not stopped commenting on anecdotes and acting as a good hostess for her guests: Sebastián Yatra (with whom she “Las Doubts” and Corazón has sung sin vida »), Marni (“Your ID photo”), Ptazeta (“You want”) and, almost at the conclusion, a great climax with Zzoilo (“Mon Amour”).

For the beginning of the evening she has chosen “Formentera” and she did so sheltered by a band of five musicians, an attempt to claim in times of canned music, if only for the economic effort in favor of a few professionals who a lot during the pandemic break.

In the same line, Aitana holds the microphone in her hand without sound formatting for her voice. Just as she was known in “Operación Triunfo”, she comes out and sings to make you fall in love with her timbre full of color, especially in the slower cuts like “With honey on the lips”.

It is true that his choreographic difficulties are still made clear, but even that makes him a force in the use of honesty. “Thank you to all my dancers who helped me find moves that I felt comfortable with,” he said towards the end of the concert, recalling the accident involving an ankle.

That desire to improve has become apparent again when he confessed that he had trouble playing the piano in front of an audience and yet he sat down behind the keyboard to weave an acoustic start for “Berlin”.

Moreover, in the choreographed kisses of this theme, she has expressed her interest in making sexual diversity visible, while with “Ni una más” she has tried to combat female inequality, all reasons that, to capture one of her most famous themes paraphrase , have valid that Madrid promised him out loud: “I stay.”