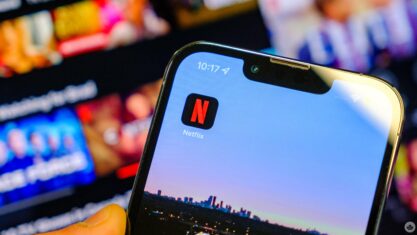 Netflix claims that as part of its “readjustment” of business, the company is looking at expansions and investments. This, in turn, will result in the addition of 1,500 jobs over the next year and a half, according to the company.

As Netflix’s business model shifts and its content goals evolve, the company is looking at ways to sustain growth and its subscriber base. As such, the company claims that it will “continue to invest significant amounts in our content and people,” according to Netflix co-CEO Reed Hastings. He also claims that the current employee base of 10,000 will grow by 1,500 “over the next 18 months.”

News of Netflix’s commitment to folding in new jobs comes at a time when the company has been continuing to lay off its own employees. This week, the company confirms that 300 staff were let go. This news came fairly quickly after another 150 employees were laid off in May. Netflix also laid off contractors at its Tudum outlet this year too. These layoffs come off the heels of Netflix reeling from a 200,000 loss of subscribers early this year.

A part of Netflix’s expected investment is in international markets. Currently, Netflix is available worldwide with the exception of Russia and mainland China. While it’s unlikely that Netflix will reestablish its presence in Russia anytime soon, the company is expected to double down on markets outside of North America. “Over the longer term, much of our growth will come from outside the U.S.,” states an internal memo sent by Reed.

In addition, Netflix’s core expansion may not entirely lay on video content. Instead, another core facet may be its investment in video games. Although the Netflix Games branch is still quite new, the company has already acquired three studios; Boss Fight Studios, Night School Studio, and Next Games. Plus, Netflix is evolving its gaming lineup on mobile devices. Most recently, the company announced that Canadian-made Spiritfarer is coming later this year. Plus, the turn-based strategy game Into the Breach is making its way to Android on July 19th.

Netflix has also been looking at new avenues to mitigate subscriber losses. As such, the streamer is launching a lower-cost ad-supported subscription model, co-CEO Ted Sarandos has confirmed. Additionally, the company is looking into paywalling password sharing between users.

It remains to be seen how these investments and pivots will affect the company’s growth and sustainability over the next year or so. With competitors like Disney, Crave, and Amazon doubling down on content, Netflix must look at ways to attract subscribers outside of a tone-deaf Squid Game reality game show.