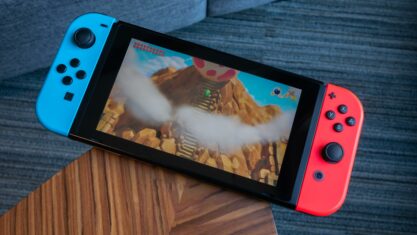 Nintendo says the transition from the Switch to its successor console is a “major concern.”

The comment came from Shuntaro Furukawa, the Japanese gaming giant’s president, during an investor Q&A for its latest earnings report.

“The question of whether we will be able to just as smoothly transition from the Nintendo Switch to the next generation of hardware is a major concern for us,” Furukawa said.

As Furukawa notes, the Switch “has had such a smooth launch,” which has allowed the company to focus all of its development resources on the single platform. However, he acknowledges that previous experiences have made it “very clear that one of the major obstacles is how to easily transition from one hardware to the next.”

While Furukawa only mentioned the Wii and Nintendo DS by name, he also says “other hardware,” which would surely include the Wii U. Following the massive success of the Wii — the fifth best-selling console of all time with sales of over 100 million — Nintendo’s Wii U would launch in 2012 and go on to become a significant failure at only 13-plus million units sold.

Nintendo would later turn things around with the highly popular Switch, but that previous console generation was effectively a write-off for the company. With that in mind, Furukawa said Nintendo is looking to “help alleviate” the risk associated with transitioning hardware by “focusing on building long-term relationships” with its customers.

“While we will continue launching new software on the Nintendo Switch, we will also provide services that also use Nintendo Accounts and other IP outside of gaming software. We intend for this to help build a lasting impact with our customers,” said Furukawa.

He didn’t elaborate on how, specifically, Nintendo will carry out this strategy, though. It should be noted that Furukawa said earlier this year that the Switch is “just in the middle of its lifecycle,” which would suggest that we won’t see its successor anytime soon.

In the meantime, the company’s major upcoming Switch releases include Splatoon 3 (September), Pokémon Scarlet and Violet (TBA late 2022) and the still-untitled sequel to The Legend of Zelda: Breath of the Wild (TBA 2023). It also remains to be seen whether Nintendo will release the long-rumoured 4K-capable Switch ‘Pro.’

The post Nintendo says moving to the next console the Switch is a ‘major concern’ appeared first on CableFreeTV.