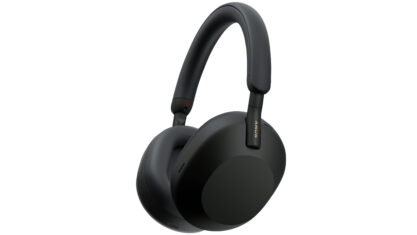 In Canada, the over-ear headphones cost $499.99, the same price as the 1000XM4s when they first launched. The XM5s will be available in Canada on May 20th.

Sony says that the headphones are ultra-comfortable, and provide distraction-free listening and exceptional call clarity. Additionally, they sport two processors that control multiple microphones, and an auto noise cancelling optimizer that optimizes noise based on weather conditions and environment.

The XM5s feature 30mm specially designed drivers for better sound, and four beamforming microphones calibrated to only pick up your voice. According to Sony, the headphones’ new design sports a softer leather that applies less pressure to your head while keeping out additional external sound. Other features include ‘350 Reality Audio,’ allowing the listener to immerse themselves in sound, and a new 360 Spatial Sound app.

The headphones sport 30 hours of battery life, and you can get three hours after just three minutes of charging.