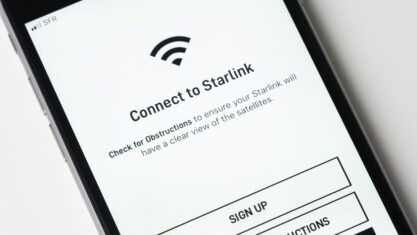 Starlink is now available in 32 countries.

The satellite internet service by SpaceX is available to be “shipped immediately,” a tweet from SpaceX states.

It’s available in parts of Canada, the U.S., and Mexico. According to an interactive map posted on the company’s website, the same goes for parts of Europe, South America, Australia, and New Zealand.

Starlink is now available in 32 countries around the world. People ordering from areas marked “available” will have their Starlink shipped immediately → https://t.co/slZbTmHdml pic.twitter.com/CecM1pkf5D

Starlink lists the service as ‘coming soon for the entire content of Africa,’ with the starting year of 2023. The same goes for several countries across Asia, including Kazakhstan, Cambodia and Indonesia.

Starlink provides a more specific date for the remaining parts of Canada, saying the service will be available in the first quarter of 2023. The service is already available in parts of the Prairies, Ontario, and Quebec. The Government of Quebec is also using the service to provide internet access to 10,000 homes in the province.

Many countries in Asia, including Russia, China, and Afghanistan, are coloured black instead of a shade of blue on the map, indicating SpaceX has no public plans to bring the service to these countries at present.

You can view the map here.

The post Starlink available for immediate shipping to 32 countries appeared first on CableFreeTV.