Traditionally, cybersecurity has always focused on what can be hacked and not so much on who might be most at risk. Sunday Security, which is launching today and announcing a $4 million seed funding round, is trying to switch this up by offering cyber-risk protection for senior executives and other key personnel.

“We elevate cyber-risk protection for senior executives and key personnel across the entire spectrum of their online digital identities and interactions,” Ganot said. “We see it as a Ven diagram where people’s personal and professional lives overlap. For the enterprise, it’s about protecting the company from the personal attack vector. For the executive, who doesn’t have the luxury of keeping his or her work and personal lives separate, we provide peace of mind knowing that they’re not going to get hacked.”

The team also argues, based on their experience in the consulting business, that manual and education-based solutions are neither effective nor scalable, especially because too often, the real problem is an executive’s personal accounts on services like Gmail or Dropbox. That’s not an attack surface that is controlled or monitored by traditional enterprise security. But executives also don’t want to have the IT team look into their private accounts either.

“Unlike our competitors, we think the right approach to solving the personal cybersecurity problem is via a B2B2C partnership – empowering your employees’ and executives’ security by providing them with an effective ‘off-prem’ solution to the problem, much like is done in health/mental health space,” explained Ganot. “Our platform helps organizations
create effective protection around their key personnel, without violating the critical ‘separation of church and state’ between their personal and professional lives.” 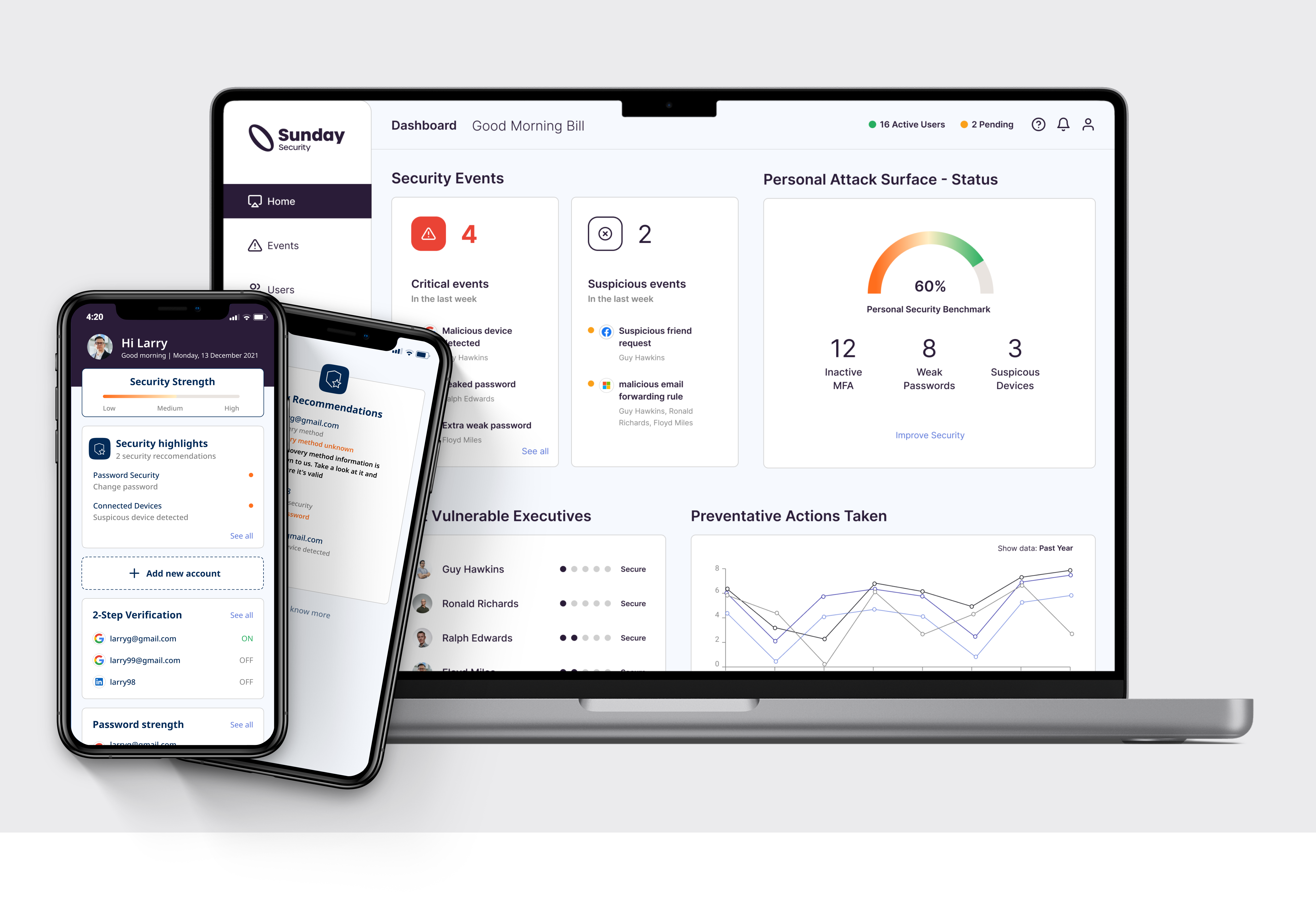 Sunday Security’s service is a SaaS solution itself which can plug into existing enterprise security platforms. The service continuously scans for phishing and session hijacking attacks, enforces password hygiene and more. All of this, of course, only works as long as the users link all of their accounts to the platform.

The company’s $4 million seed round was led by MoreVC, with participation from security executives and serial entrepreneurs like former AT&T CEO John Donovan, Palo Alto Networks CBO Amit Singh and the company’s president for its global go-to-market unit Shailesh Rao, as well as Tom Kemp, the founder and former CEO at Centrify.